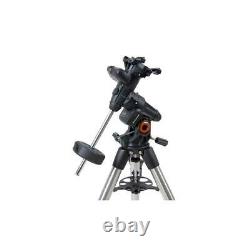 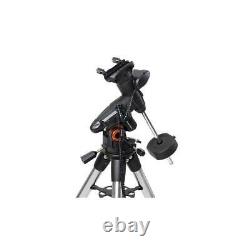 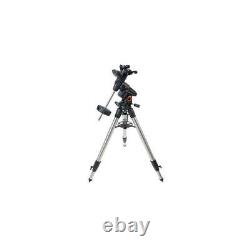 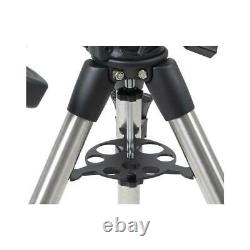 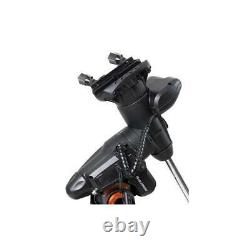 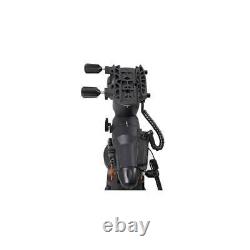 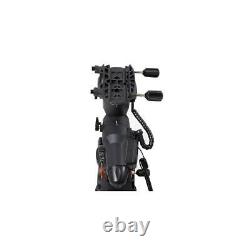 Celestron Advanced VX Mount with Dual Saddle Plate. The Advanced VX sets a new standard in mid-level telescopes, providing many of the features found on Celestron's most sophisticated German equatorial mounts at an extremely affordable price. The Advanced VX mount is designed to provide superior performance for smaller telescopes while taking advantage of Celestron's most advanced technologies: All-Star Polar Alignment, Celestron PWI telescope control software, SkyAlign, and permanently programmable periodic error correction (PPEC). If you're an experienced imager, you'll love taking this portable mount to a dark sky site and enjoying all the conveniences of a larger observatory mount.

Or, if you're new to imaging, Advanced VX will help you get started with the hobby and keep up with your needs for years to come. Computerized German equatorial mount The Advanced VX is the smallest of Celestron's German equatorial mounts. The computerized GoTo capability automatically tracks objects as they move across the night sky. The Advanced VX mount includes ports for a hand control, an autoguider, and 2 AUX ports for optional accessories. The NexStar+ hand control gives you instant access to all the functions your mount has to offer.

With automatic slewing and menu descriptions, any level of astronomer can master this mount in just a few observing sessions. The Advanced VX also has an impressive tripod for its class with a 2 diameter steel tripod legs providing an extra-wide stance for improved stability. Payload capacity The payload capacity for the Advanced VX is 30 lb. It offers a sturdy platform for any of the Advanced VX optical tubes, even when paired with optional accessories like StarSense AutoAlign, Focus Motor, a finderscope, and a camera.

Celestron's payload capacity does not include the weight of the counterweights. Dual saddle plate As of early 2019, Advanced VX mounts now include a new dual saddle plate that accommodates both CG-5 and CGE-style dovetail.

Switching between the two saddle plates is as simple as moving the hand knobs into a separate set of holes. Now you can use an Advanced VX mount with virtually any optical tube within its weight limit. Software Celestron PWI Telescope Control Software Your Ultimate Astronomy Software Suite All current Celestron computerized telescopes include Celestron PWI (CPWI), the most advanced astronomy softwar e suite provided with any consumer-grade telescope. Celestron's experts co-developed CPWI with the engineers at PlaneWave Instruments. The result is an all-in-one solution offering you many of the same features used on Pla neWave's observatory-class telescopes.

This advanced software by Simulation Curriculum offers detailed information about celestial objects and helps you plan your next observing or imaging session. The Special Edition software also allows you to control your telescope via computer. Compatibility with Dovetail Plates Recently, Celestron improved the Advanced VX (AVX) German Equatorial Mount by changing its dovetail clamp so that it accepts both CG-5 and CGE format dovetail mounting plates. Previously, the AVX only accepted CG-5 dovetail plates. The improvement allows the user more flexibility in connecting optical tubes to the AVX because the wider CGE plate is now supported.

Third Party Dovetail Plates Vixen The Advanced VX continues to be compatible with Vixen format dovetail mounting plates. However, the plate must have a dovetail that is at least 100mm long because the improved AVX has its clamping knobs spaced 90mm apart. If a user wants to use the AVX with an optical tube that has a Vixen (or CG-5) dovetail of less than 100mm, (s)he will need to replace the mounting plate with one that has a longer dovetail, such as the Celestron #94213 Universal Mounting Plate, CG-5.

Losmandy The improved AVX is not compatible with Losmandy D format dovetail mounting plates. The CGE and Losmandy D formats are similar, but not identical. Losmandy plates are a millimeter or so wider, while CGE plates are deeper and have more surface area contact with the dovetail clamp. If a user wants to use the AVX with an optical tube that has a Losmandy D dovetail mounting plate, (s)he will need to replace the plate with a compatible dovetail plate, such as the Celestron #94214 CGE Universal Mounting Plate.

The most compact and portable of Celestron's German equatorial mounts offers the same rigidity as our larger mounts with minimal flexure and an improved industrial design. Holds a maximum instrument capacity of 30 lbs. Every feature an astroimager wants: PEC, an autoguider port, the ability to image across the meridian, and more. NEW dual saddle plate is compatible with the narrow dovetail and larger CGE dovetail. Latitude range allows the mount to perform between 7½ and 77½ latitude. 30 lbs (13.6 kg). (includes mount and tripod) 1118mm - 1626mm (44" - 64"). 50.8mm (2) Stainless Steel. 17 lbs (7.71 kg). 18 lbs (8.16 kg).

In an effort to comply with our Authorized Dealer contracts with the manufacturers and to best control our inventory levels we reserve the right to limit quantities or cancel orders to Resellers and Exporters. Please note: Inventory is not reserved until the item is paid for. These charges must be borne by the recipient.

Adorama has no control over these charges and cannot predict what they might be. If the item does not have the option, please don't ask. No guarantees for other times. Approved Change Requests may not be updated on eBays portal, please check the emails. Memory cards and any other Blister Pack items are not returnable once opened. Printers are not returnable once the Toner Cartridges have been installed or released. The item "Celestron Advanced VX Mount with Dual Saddle Plate #91519" is in sale since Friday, July 9, 2021. This item is in the category "Cameras & Photo\Binoculars & Telescopes\Telescope Parts & Accessories\Telescope Mounts". The seller is "adorama" and is located in Elizabeth, New Jersey. This item can be shipped to United States, Canada.